Raleigh, North Carolina — Tackling the rising cost of living and increasing the number of affordable housing options are high on the priority list of the three candidates who want to be mayors of the city of Raleigh.

Incumbent Mary-Ann Baldwin will face DaQuanta Copeland and Terrance Ruth in her re-election bid in November.

Both political newcomers said that if elected, they plan to increase community engagement.

“Everywhere I go, I see residents who feel unfamiliar and invisible,” Ruth said.

Baldwin has come under fire since voting with a majority of council to disband Raleigh’s 18 Citizens’ Advisory Committees (CACs) and cut the time residents have to speak at council meetings.

“We see so much about businesses, businesses and buildings, but people who are here and have been here – whether they migrated here or were born here – don’t feel welcome,” Copeland said.

Baldwin defends his decision to disband the CCCs and replace them with a citizen engagement council that reports to the new Office of Citizen Engagement. However, the council – made up of community volunteers – has yet to meet.

“It took a year and a half longer than we ever dreamed it would because of the pandemic,” Baldwin said of the delay. “We couldn’t get together. We couldn’t do the things we had to do.” 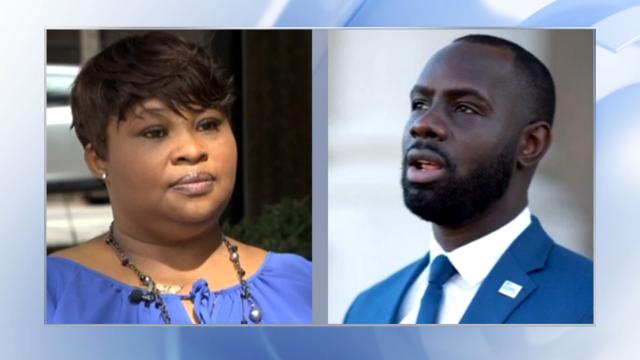 Under his leadership, Raleigh began building taller and taller large-scale housing and developments to meet the explosive demand. Over the past two years, Baldwin has supported numerous rezoning efforts to allow for the construction of townhouses, tiny homes, and granny flats.

Baldwin said that in a second term, she would like to expand Bus Rapid Transit (BRT) — with the first route opening on New Bern Avenue in the fall — and make commuter rail a reality.

“We need to create this regional transportation system,” the mayor said. “I’m 100% committed to it and I want to achieve it.”

“People are being expelled. People building the city are not welcome in the city,” said Copeland, who has lived in Raleigh for 30 years.

Copeland, a single mother, said she began her community service as a teenager cleaning up trash. She currently runs a non-profit organization serving at-risk youth and children and serves as vice chair of the Wake County Health and Human Services Board.

Copeland works full-time as a Residential Determination Counselor for the College Foundation of North Carolina, a nonprofit that “helps students plan their education, plan their careers, apply, and pay for college.” .

“When we came to Raleigh it was more inclusive,” Copeland said. “Everyone was well received, we were all able to live together. We no longer have that feeling.

Ruth moved to Raleigh in 2009. He is a former teacher and principal, and he is currently an assistant professor at North Carolina State University’s School of Social Work.

Describing himself as a “community organizer”, Ruth said he is passionate about developing the leaders of tomorrow. He works with various social justice groups, including the NAACP and breach repairers.

Ruth said he wanted to make sure all voices were heard on all issues.

“I believe in the ‘housing first’ approach, which is embraced by commissioners and council, but how can we modify particular ideas to ensure we are reaching the least invested sections of our city?” , said Ruth. “Right now, from what I’m hearing and observing, we haven’t done that well yet.

In addition to the mayoral race, there are several city council races on the November ballot. Here are the 23 candidates for these races: